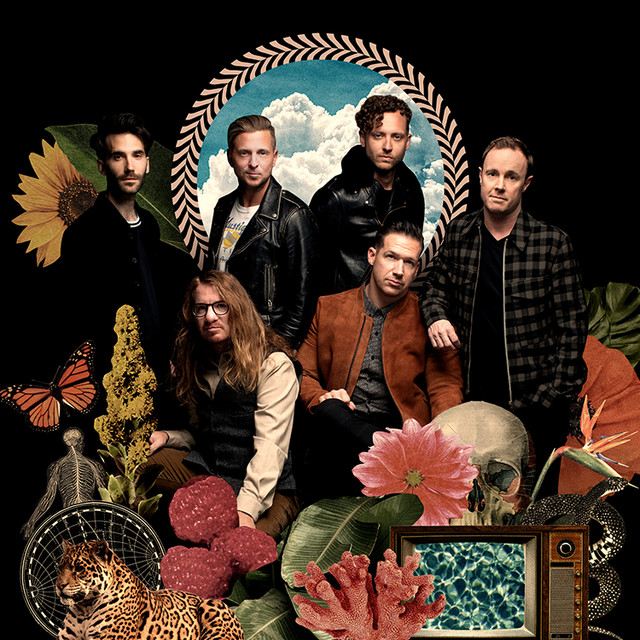 OneRepublic is an American pop rock band formed in Colorado Springs, Colorado, in 2002. It consists of lead vocalist and multi-instrumentalist Ryan Tedder, lead guitarist and violist Zach Filkins, rhythm guitarist Drew Brown, bassist and cellist Brent Kutzle, drummer Eddie Fisher and keyboardist and violinist Brian Willett.
The band achieved its first commercial success on Myspace as an unsigned act. In late 2002, after OneRepublic played shows throughout the Los Angeles area, several record labels approached the band with interest, but the band signed with Velvet Hammer, an imprint of Columbia Records. They made their first album with producer Greg Wells during the summer and fall of 2005 at his studio, Rocket Carousel, in Culver City, California. The album was scheduled for release on June 6, 2006, but the group was dropped by Columbia two months before the album was released. The lead single of that album, "Apologize", was released on April 30, 2006, on Myspace, eventually reaching number one on the Myspace charts.
In 2007, OneRepublic released their debut album, Dreaming Out Loud. Its lead single, "Apologize", was remixed by Timbaland, becoming a huge international success, reaching number one in sixteen countries and subsequently earning them a Grammy Award nomination. The second single, "Stop and Stare", mirrored its predecessor's success. The album was later certified Platinum by the Recording Industry Association of America (RIAA). The band's second album, Waking Up (2009), produced the singles "All the Right Moves", "Secrets", "Marchin On", and "Good Life", with the last reaching the top ten of the US Billboard Hot 100.
OneRepublic's third album, Native (2013), became the band's first top ten album on the Billboard 200, and highest-charting album to date, charting at number four. The lead single, "If I Lose Myself", charted within the top ten in several countries, while the album's third single, "Counting Stars", became the band's most successful single in recent years, obtaining top-five placements in Australia, Canada, Germany, Ireland, New Zealand, the US, and the UK. This marks their highest-charting single in the United Kingdom to date. It also peaked at number 2 on the US Billboard Hot 100, matching their highest peak of "Apologize" in 2007.
On October 7, 2016, OneRepublic released Oh My My, their fourth studio album, which featured a number of collaborators, including Cassius, Peter Gabriel, and Santigold. Preceded by the singles "Wherever I Go", released on May 13, 2016, and "Kids", released on August 12, 2016, it was recognized as a change in their sound from previous albums by critics and by the band. In 2017, the band released the singles "No Vacancy", "Truth to Power", "Stranger Things" with Kygo and "Rich Love" with Seeb. Their fifth studio album, Human, was released in 2021. The band has sold approximately over 16 million records worldwide.