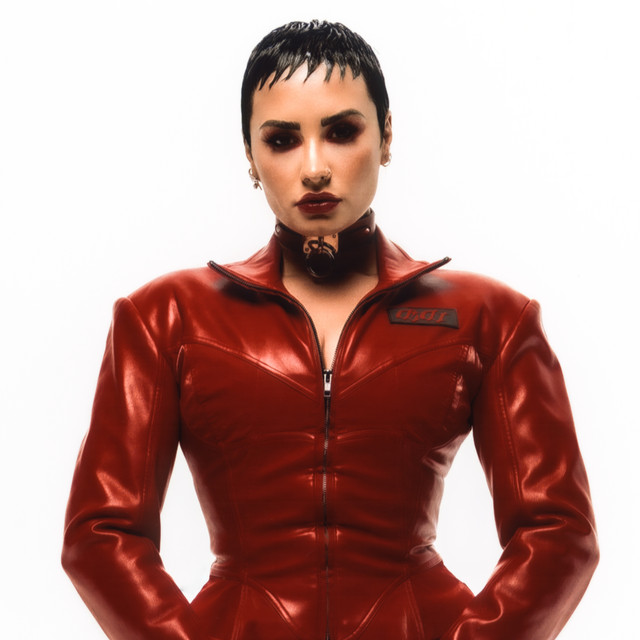 Demetria Devonne Lovato ( lə-VAH-toh; born August 20, 1992), known as Demi Lovato, is an American singer, songwriter, and actor. After appearing on the children's television series Barney & Friends (2002–2004), Lovato rose to prominence for playing Mitchie Torres in the musical television film Camp Rock (2008) and its sequel Camp Rock 2: The Final Jam (2010). The former film's soundtrack contained "This Is Me", Lovato's debut single and duet with Joe Jonas, which peaked at number nine on the U.S. Billboard Hot 100.
After signing with Hollywood Records, Lovato released her pop rock debut album, Don't Forget (2008), which debuted at number two on the U.S. Billboard 200. Its follow-up, Here We Go Again (2009), debuted at number one in the U.S., while its title track reached number 15 on the Hot 100. Her third studio album, Unbroken (2011), experimented with pop and R&B and spawned the U.S. platinum-certified single "Skyscraper". She released her eponymous fourth album in 2013, which debuted at number three on the Billboard 200, and contained the top-ten international song "Heart Attack". Lovato's fifth and sixth albums, Confident (2015) and Tell Me You Love Me (2017), infused soul and mature themes. She earned a Grammy Award nomination for Confident, while "Sorry Not Sorry", the lead single from Tell Me You Love Me, became her highest-charting single in the U.S., reaching number six. After a hiatus, her seventh album Dancing with the Devil... the Art of Starting Over followed in 2021, which reached number two in the U.S., and her eighth album, Holy Fvck, released in 2022.
On television, Lovato has starred as the titular character on the sitcom Sonny with a Chance (2009–2011), served as a judge on the music competition series The X Factor USA for its second and third seasons, and appeared as a recurring character on the musical comedy Glee (2013–2014) and the sitcom Will & Grace (2020). She also starred in the television drama film Princess Protection Program (2009), the animated comedy film Smurfs: The Lost Village (2017), and the musical comedy Eurovision Song Contest: The Story of Fire Saga (2020).
Lovato has sold over 24 million records in the United States and has also received numerous accolades, including an MTV Video Music Award, 14 Teen Choice Awards, five People's Choice Awards, two Latin American Music Awards, a Guinness World Record, and was included on the Time 100 annual list in 2017. An activist for several social causes, Lovato's struggles with an eating disorder and substance abuse have received considerable media attention, in response to which she published the self-help memoir Staying Strong: 365 Days a Year (2013) and released the documentaries Demi Lovato: Simply Complicated (2017) and Demi Lovato: Dancing with the Devil (2021).